If you are reading this you problebly already knew what is Xpenology. I havn’t had a chance to try it. Recently jun released the Xpenology bootloader 1.02b for DSM 6.1. I tried it on my ESXi 6.5 and found it works quite well so I am going to try it on a bare metal PC.

To setup the Xpenology NAS, the first thing you need to do is making the bootloader onto an USB stick so your NAS will boot from it. Then it will guide you to install the DSM 6.1.

There are lots tutorials on how to makethe USB bootloader from a Windows PC. The process is simple but still needs you to get on Windows and download/install few programs to have the job done. We all know that Xpenology is based on Linux system, so why not just make the bootloader on Linux?

Here I’ll show you how to make the bootloader from Ubuntu. For this we need:

If you don't have an Ubuntu/Linux PC, you may just boot from an Ubuntu Live DVD.

A reader Remo Mattei commented on my article about a Virtual Alias Domain issue. He got the Postfix 550 “Recipient address rejected: User unknown in virtual mailbox table;” error in maillog.

Since I don’t need this feature in my current setup, so it got ignored when I built and tested my mail system few months ago. After reading some documents online I managed get this work.

I have an Asterisk server at home I built few years ago. It has an old Intel atom processor running on CentOS 6. It works quite well. I have couple SIP trunks to severial ITSP, including Google Voice. The Asterisk is version 11 LTS and it is a vinilla installation.

The current Asterisk LTS version is 13 and it come with support of PJSIP. I never had a chance to learn PJSIP configuration. And I just happen to have a Raspberry Pi 3 on hand. So I think I should give a try.

So I have my mail server up and running and that a good news. The bad news is that the server need lots more to do, some even will become nerver-ending processes.
I cannot cover every single details here because every system has its unique setup and requirement. But here I list few things you may keep an eye on them.

Both SPF and DKIM has two parts: One is the DNS records for SPF/DKIM serve the purpose of setting your own policy for others to check. The other is to check if the incoming mail message is in accordance with the SPF/DKIM that is set by the admins of the domain from which the message was sent.

I use MailScanner to scan emails for viruses, spam, phishing, malware, and other attacks against security vulnerabilities. Under the hood, MailScanner uses ClamAV(clamd) for virus scan, and uses Spamassassin to scan for spams.

MailWatch is the web UI frontend to manage MailScanner. I can manage qurantine and generate reports easily right in the web browser.

Postfix is the mail transfer agent (MTA) that routes and delivers email. Dovecot is the IMAP and POP3 server. The two works together make a perfect email server. 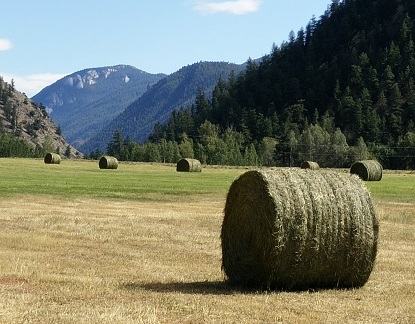